It’s now (Saturday 1st April) over a week since management in Bus Éireann decided to press ahead with cutbacks and workers went on strike. While strikes are as inconvenient to me as they are for others who rely on public transport to get to work I still fully support the NBRU and SIPTU in this action.

This dispute is more about discredited austerity economics than anything else and Shane Ross (former champion of Anglo and those who caused the crash) and Fine Gael (champions of regressive cutbacks) bear most of the responsibility.

While privatising some bus routes can reduce the cost to the taxpayer of getting people from A to B, the geography of Ireland and the way our homes and workplaces are spread means we still need a strong and efficient public transport system which is publicly owned. Trying to get business interests to run the system, even with incentives, means the disadvantaged and marginalised become even more so, as the extra capacity flocks to the profitable routes (this is how supply & demand economics works.)

Asking a semi-state company, employing lifelong professional drivers to compete with less regulated private businesses leads to a more fragmented and less passenger friendly network. Cutting the government contribution (subvention) to that company to the lowest in Europe, and then unhelpfully suggesting that all the NBRU want is the governments cheque book cuts to the bone. The reality is that we need to make sure that the terms and conditions offered to staff at semi-state transport providers need to be extended to the private sector to ensure that are roads stay safe and we can all avail of trustworthy and comprehensive public transport.

Returning to the economics, and from a green perspective, I’d like to see some action on the ‘demand’ side by increasing demand for public transport by making it more comprehensive. This could be achieved by:

In the short term an increase in the subvention is needed – then we need everyone around the table to institute positive reforms. I can’t see that happening with Ross & his old FG cronies – but the alternative will be further paralysis in our transport system and maybe beyond.

Let’s not have that please 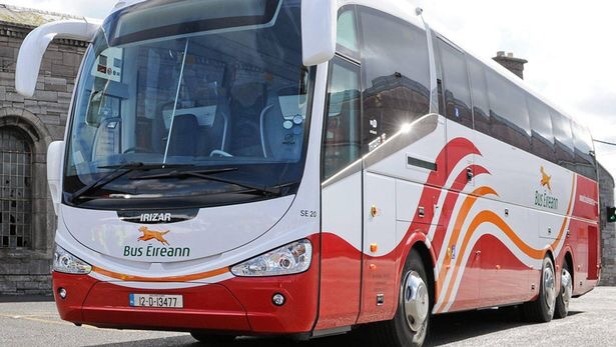